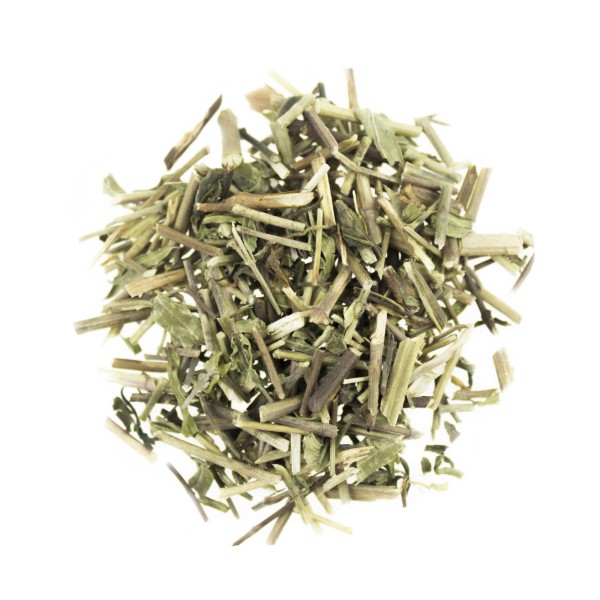 *Please note that the delivered item may differ slightly from the picture as it is a natural product.
This product is currently not available.
Please inform me as soon as the product is available again.
From €6.15
Content: 0.05 Kilogramm (€123.00 * / 1 Kilogramm)

Scutellaria lateriflora, herb cut, from conventional cultivation
Indication
It has a calming, invigorating and fever-reducing effect and is used in medicine as an effective remedy for headaches, fever and insomnia.

Application
1-2 teaspoons to 250 ml boiling water, infuse for 15 min. and strain, 3 cups/day.
Should not be used during pregnancy!

For incense: promotes dreams and visions
Herbal description
Helmet herb
Helmet weed is also known as marsh helmet weed or cap helmet weed and belongs to the mint family from a botanical point of view. There are many different species of helmetwort, which are found almost all over the northern hemisphere. Thus, the different species can be found in China, in certain parts of India, Japan, North America and also here in Germany.

What healing properties are attributed to the helmet herb?
Depending on the culture, the herb was used for different purposes. In North America, helmet weed was originally used as an effective treatment against rabies. In addition, it was considered a strong herbal sedative in combination with valerian. Another property of helmet weed is that it has been proven to promote menstruation. Among many Indian tribes, it was therefore known specifically as a medicinal herb for women to regulate the menstrual cycle. In this context, it was also often used ceremonially to celebrate a young girl's transition to womanhood. In traditional Chinese medicine, it is one of the most commonly used medicines to treat bronchitis, hepatitis, diarrhoea, insect bites and tumours. Its general properties are said to be antibacterial and antispasmodic.

In Europe, the genus Scutellaria lateriflora is used almost exclusively. It was traditionally used to treat epilepsy. Homeopaths are also aware of the power of hellebore and often use the plant to treat chronic fatigue syndrome, as well as skin complaints and urinary tract infections. In the meantime, there have been some clinical studies whose findings claim that the helmet herb has a calming and anti-inflammatory effect, among other things. This makes it an effective remedy for headaches, fever and insomnia.

Helmet herb: use and dosage
The herb is mainly used as a tea or tonic. To make a helmet herb tea, 1-2 teaspoons of the dried herb are poured over 250 ml of boiling water. Then let it steep for 15 minutes and strain. We recommend drinking three cups of the tea throughout the day.

Special notes on helmet herb
Please note that you should not take helminth during pregnancy.

Write an evaluation
Evaluations will be activated after verification.
Evaluations 5
Read, write and discuss reviews... more
Close menu
Customer evaluation for "Helmetweed"
From: Robbi On: 5 Jul 2021