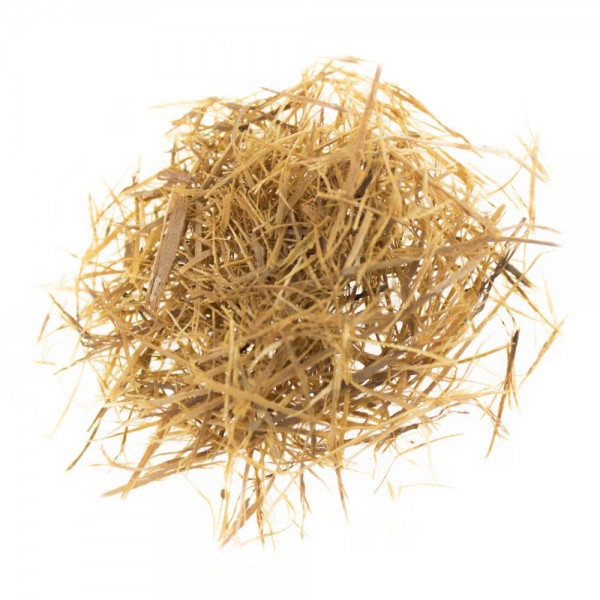 Application
Pour 2-3 tablespoons of boiling water over 1 litre, steep for 20 minutes, strain and drink throughout the day.

Hardly any medicinally useful medicinal plant has experienced such an increase in demand in recent years as cat's claw. The root and bark of this liana have always been used as an important medicinal plant by the Ashancainkas, the indigenous people of the tropical Amazon region. Traditionally, the medicinal herb was used for arthritis, gastritis, cancer, digestive disorders and infections. In Peru, where the plant was rediscovered by immigrants in the early 1970s, it is called Uña de Gato, which translates as "claw of the cat". It gets its name from the sharp thorns on the underside of the paired leaves, which look just like cat claws.

The cat's claw is found throughout the Amazon region from Bolivia, Brazil, Peru, Colombia, Ecuador, Surinam and Guyana to Panama and Puerto Rico. It prefers to grow on moist, shady ground in the natural rainforest, where the medicinal plants reach a stem diameter of up to 25 cm and a stem length of up to 100 m. The plants are usually cultivated in the Amazon. Cultivated, on the other hand, the plants usually remain small-growing and bushy.

Cat's claw is one of the two Uncaria species found in South America. The roots grow horizontally at the boundary layer of clay and loose organic material, a few centimetres below the surface. Above ground, the plant forms short shoots with oval-shaped pairs of leaves on its main shoots, which reach into the leaf canopy of its carrier trees. In the leaf axils there are crescent-shaped curved holding organs that resemble the shape of a cat's claw. In the flowering season, dispersed yellow inflorescences form in place of the thorns.

Part of the plant used:

The root and (inner) bark of cat's claw are used medicinally, cut and dried in effective doses.

Hawthorn leaves with flowers, organic
From €4.65 *
Content 0.05 Kilogramm (€93.00 / 1 Kilogramm)
Viewed
Trusted Shops Reviews Toolkit: 1.1.5
This website uses cookies, which are necessary for the technical operation of the website and are always set. Other cookies, which increase the usability of this website, serve for direct advertising or simplify interaction with other websites and social networks, will only be used with your consent. More information
Accept all Configure