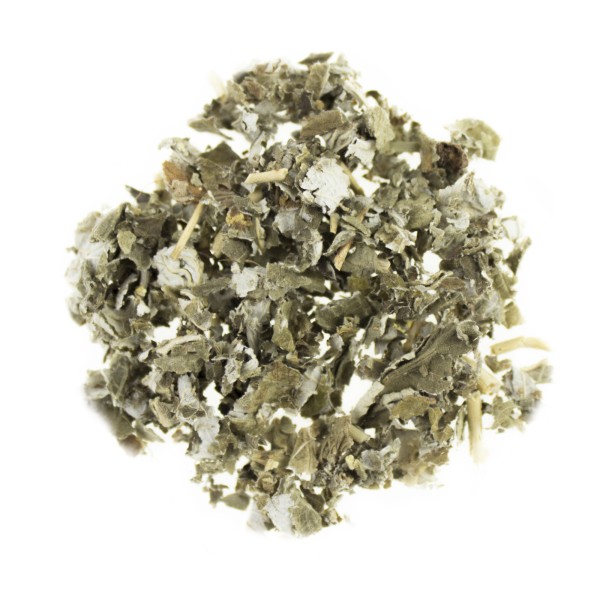 Slightly astringent (astringent), for mild forms of diarrhoea, as a gargle for sore throats.

Raspberry (Rubus idaeus) has been known as a medicinal plant since ancient times and can be traced back to Dioscurides (ca. 50 AD). In the Middle Ages, it was mainly cultivated in monasteries. As early as 1601, Clusius distinguished between red and yellow species. The German name of the raspberry means berry of the hind. Not only the fruits of the raspberry are very popular and versatile due to their high vitamin C content, but also the leaves, which can be prepared as tea. These teas are generally said to have an antispasmodic effect, which is why they are mainly used for diarrhoea. Due to its vitamin content, raspberry leaf tea is also effective in the treatment or prevention of colds. Raspberry leaf tea also has a relaxing effect on the uterus, which is why it is also used in gynaecology for menstrual pain. The relaxation of the uterine muscles leads to improved blood circulation, which is why it is hoped to improve the development of the uterine lining during fertility treatment.

The home of the raspberry is Europe, Asia and North America and it is found in forests and along forest edges.

Similar to the blackberry, the raspberry is a deciduous false shrub growing up to 2 m high, but with many thorns and unlike blackberries, the shoots do not root at the top. The thin, soft spines are not used for climbing. The upright shoot axes are newly formed every year from the overwintering rhizome. They flower and fruit in the second year (rarely already in the first year with some cultivars) and die after fruit ripening. The alternate stem leaves are stalked. The imparipinnate leaf blades consist of 3, 5 or 7 toothed leaflets. Between May and August, red aggregate fruits form from the white, panicled inflorescences. Contrary to what the trivial name raspberry suggests, the fruits, which are red when ripe or yellow or black in cultivated forms, are not berries botanically speaking, but aggregate drupes that form from the individual carpels. Unlike the blackberry, the fruit is only loosely attached to the flower base and can be easily pulled off. Its main aromatic component is raspberry ketone.

In spring, the leaves of the raspberry are harvested before flowering.

Raspberry leaves contain, among other things, important active ingredients such as vitamin C, calcium and iron.

The leaves are given as an infusion for diarrhoea or as a gargle for sore throats, but are also often added to home tea mixtures. The fruits are suitable for raw consumption as well as for the preparation of raspberry juice, which can be diluted and used as a fever drink. In Russia, the dried fruits are used as a diaphoretic. Raspberry leaf tea during pregnancy is said to promote a quick birth, as it relaxes the pelvic muscles and the cervix and also has an antispasmodic effect. As raspberry leaf tea can induce contractions, it is a popular remedy, especially with midwives, during birth preparation. It also induces inner peace and serenity. Some midwives also swear by the effect of raspberry leaf tea on morning sickness. Drunk in the morning, it reduces the discomfort. It also stimulates the intestines during childbirth and has a detoxifying and purifying effect. Very useful after childbirth. If you wish to have children, raspberry leaves support the development of the uterine lining and have a harmonising effect on the cycle.

Pour 2 teaspoons of dried raspberry leaves over a cup of boiling water and steep for 6-15 minutes. If necessary, sweeten the raspberry leaf tea with a little honey. Drink 3-4 cups daily.

Do not use raspberry leaves before the 34th week of pregnancy!

Corn poppy blossoms, whole, organic
From €7.75 *
Content 0.05 Kilogramm (€155.00 / 1 Kilogramm)
Viewed
Trusted Shops Reviews Toolkit: 1.1.5
This website uses cookies, which are necessary for the technical operation of the website and are always set. Other cookies, which increase the usability of this website, serve for direct advertising or simplify interaction with other websites and social networks, will only be used with your consent. More information
Accept all Configure