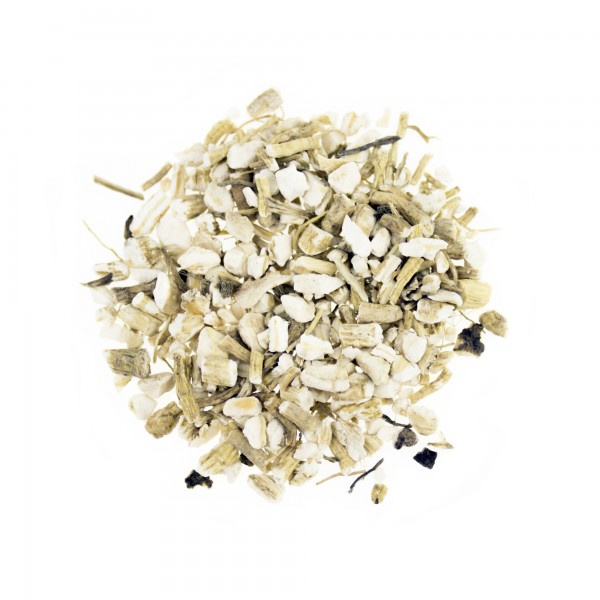 Application
Preparation of beaver nell tea: pour 1/4l of cold water over 1 heaped teaspoon, heat slowly until boiling, boil for 1min and then strain. For bronchitis and asthma, the tea can be drunk 3 times a day 1 cup sweetened with honey. Unsweetened also suitable for gargling.

Medicinal herbs description
The burnet is a rather inconspicuous meadow herb, whose use as a medicinal herb was significant especially in times of the plague. It was said that by drinking a beaver nell tea, one would be spared from the plague.
In the meantime, the burnet, which belongs to the umbellifer family and is native to Europe, Asia and the Caucasus, is again being used as a medicinal plant. This applies to both the greater burnet (Pimpinella Major L.) and the lesser burnet (Pimpinella Saxifraga L.).

What is the effect of the burnet?
Since the 16th century, burnet has been used as a medicinal plant. As already mentioned, at that time it was mainly used as a remedy against the plague. The healing effect of the burnet owes its roots and the health-promoting ingredients contained in them. These include, above all:

The herbal ingredients have anti-inflammatory, expectorant and digestive effects. For this reason, burnet can be used very well as a home remedy against bronchitis, asthma or sore throat. In addition, it is said to help against indigestion, gallstones, kidney and bladder stones, menstrual cramps and heartburn.

By the way, Sebastian Kneipp is also said to have used burnet for rheumatism and kidney inflammation.

How can the burnet be used as a medicinal plant?
You can make a tea or tincture from the root of the burnet. You can use burnet both internally and externally, for example, to gargle for inflammation of the throat and pharynx.

To make a beaver nettle tea, add a heaping teaspoon of dried and cut roots to 250 milliliters of water. Slowly heat the mixture until the water begins to boil and boil the tea for about a minute. Then you can strain it through a sieve. The tea can be drunk as an effective remedy for sore throat, bronchitis or asthma.